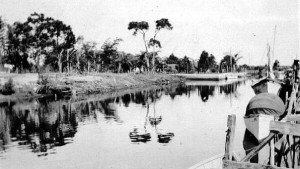 Salt Creek, and its cousin Booker to the north, can tell the story of St. Petersburg. The ongoing timeline (below), assembled by students at USF St. Petersburg, provides insight into how a city has negotiated its relationship to the natural world, how people and policy have shaped human lives, and how the past hundred years will continue to determine a history.

1906-08 “Bayboro Improvements“: Bayboro Harbor as well as Salt and Booker Creeks to be dredged, in tidal flats (where there were three artesian wells) known as Fiddler’s Paradise)

1909 Booker Creek Floods–periodic and severe flooding in the area. 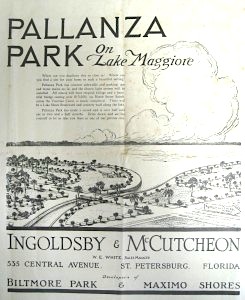 1935 Bartlett Tract, wetland used as automobile dump, to be landscaped 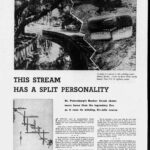 1958 Booker Creek “has a split Personality” (column by George Bartlett:)

1961 “His Life for a Job,” column on joblessness in Gas Plant neighborhood, by journalist Sam Adams

1965 ”Tide Not Cause of Kill“: Low oxygen levels kill herring, mullet and snook in a creek

Children permitted to fish in city lakes, including Lake Maggiore and Salt Creek

“In the Middle of the City” (photograph, Tom Bennett)

1970 “Another Type of Pollution”: Salt Creek a favorite place for local photographers”

1977 “Port of St. Petersburg may be Dredged“: proposed dredging to stimulate industry and cruise ships

“King of the Cats“: Catfish Master in Lake Maggiore 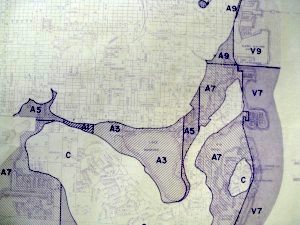 1979 “The Shrimp Boats Are In“: Deepening of harbor to bring business (photograph, Norman Zeisloft)

1986 “Salt Creek: Paddling Down an Artery“: only a “weirdo” would ”want to paddle this creek”  (Jon Wilson) 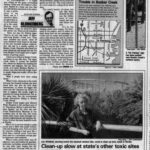 Toxins found in soil along Booker Creek during “Thunderdome” renovation

1994 City covers up contamination reports during renovation of Thunderdome/Tropicana Field, lawsuit settled out of court

2017 “Mini Lights: Folklore as a Way to Deal with Trauma” (column by Jabaar Edmond on African-American infants and alligator farms)