I have suggested in the past (in other papers for this very class, in fact) that I am ultimately unsure as to whether or not Salt Creek really constitutes “nature.” I have also suggested that the nature of nature (pardon the pun) seems to have changed a good deal over the years – what today is considered nature almost certainly would not have been prior to the environmental movement of the 20th century, for instance. Nowhere is this made clearer, in my opinion, than in Robert Sullivan’s article in New York Magazine, “The Concrete Jungle.” 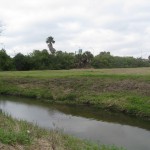 In this article, Sullivan makes the claim that New York – considered by many (or, at least, by me) to be one of the least-natural spots on the face of the Earth, is in fact morediverse than “the suburbs and rural counties that surround it” (Sullivan). Granted, I do not have the ecological expertise to make a solid claim about Salt Creek as it relates to Sullivan’s research, but if I had to guess, I would say that the same thing is probably true about the creek versus the area which surrounds it – that is, it seems to me that Salt Creek is more of an ecological hot-zone than the area of Saint Petersburg which borders its waters. After all, in spite of how Salt Creek must appear to the vast majority of those who know of its existence, there did not seem to be a shortage of biological life during our trips there as a class.

In fact, my memories feature a creek replete with life – avian life, at the very least. Pelicans, gulls, egrets, and other birds seem to inhabit the creek in abundance – and I take it that where there are birds, there must also be fish. Though I personally did not see any fish in Salt Creek, there are at least two reasons for me to believe that they thrive in the creek in spite of the tremendous amounts of garbage and refuse – first of all, unless I am very much mistaken, all the birds that I listed above are fish-eaters. But even more telling than that (and probably a more reliable method of figuring out if there are fish, since I am not an ornithologist) is the fact that there are, apparently, people whofish out of Salt Creek. I cannot imagine why – I would be testing the fish for radiation or lead poisoning before I even thought about eating it, personally – but this does at least strongly suggest that Salt Creek is populated with animals both under- and over-water.

And it is not just animals that populate Salt Creek – the waterway has thriving population of what I believe are mangroves. One might suspect that the rampant dumping of trash into the creek would stifle plant growth, but it appears that in the case of the creek, life has found a way – during our first canoe trip out to Salt Creek we saw several instances in which mangrove roots had grown through various kinds of garbage, from discarded gallon milk jugs to empty bottles of Faygo. Part of me is tempted to make the point that nature cannot be merely determined by the amount of plant and animal life in a given locale – but the more I think about it, the more I wonder what else nature could possiblybe when you strip it down to its most basic possible form. When looked at in this sense, it seems clear that Salt Creek is not merely nature – it is more natural than just about everything surrounding it.